Discovery Martial Arts is under the direction of internationally recognized instructor  and founder John Poliquin. Hanshi Poliquin has been a personal student of Stephen K. Hayes (founder and Grandmaster of To-Shin Do) and Ninjutsu Grandmaster Masaaki Hatsumi since the early 1980’s. Hanshi Poliquin founded and directs the Discovery Martial Arts Association, an international network of schools and instructors dedicated to providing authentic, meaningful instruction in the timeless art of the Ninja.

For information on private classes or seminars, contact Discovery Martial Arts at 207-772-7763 or email discoveryportland@gmail.com

Mr. White is a Maine native and started training in ninjutsu during the summer of 2001 under the instruction of Mr. Poliquin. He has a fourth degree black belt in ninjutsu, and is a co-owner of Discovery.

“My training now is focused on developing that artistic nature and spirit that resides in ninjutsu.”

In addition to teaching classes, group workshops and seminars at Discovery Martial Arts, Mr. White is a father of two and CPA.

Mark is an avid fitness enthusiast and has been a multiple marathon and Tough Mudder competitor.

Zach  is a well rounde 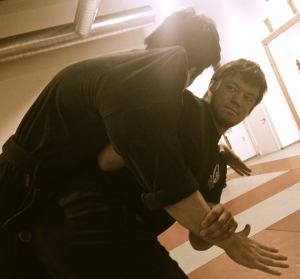 d and intense martial artist with a first degree black belt in ninjutsu. He has competed in mixed martial arts with promotions in Maine and Vermont, including NEF©, GFL©, and Gym Wars©, and is a co-owner at Discovery.
Zach teaches multiple skill level classes at Discovery while also running all fitness classes. He holds a B.S. in Health and Fitness, and is available for performance coaching both on and off the mat. Bill has been training in various martial arts for over thirty years.

He has taught at various seminars in the US and Canada, including Discovery, and Ninja Festival.

Bill is available for private lessons by appointment. Joe and his wife Martha live in Lisbon Falls. They are the parents of three grown children. Joe is a manager and part owner of The Pizza Joint, a family owned business, where he has worked since 1976. He enjoys working on his old farmhouse and big barn, skiing, golfing, camping, and beating his two brothers at horseshoes. Joe received his third degree black belt in 2011.

“My first exposure to martial arts was in 1989 when my brother John took me outside to ‘play’. At that time I figured it would be a good way to stay in shape and also to be able to defend myself if needed. I did not imagine where the training would lead and the impact it would have on me. Discipline is the first word most people think of when someone mentions martial arts. But at Discovery Martial Arts the first word I would use is discovery. In the dojo, we explore our physical and emotional potentials. I train to become more efficient, creative, sensitive, successful, and ultimately, more empowered. I strive to be more “connected” with what is around me and what is within me.”

As an instructor, it is satisfying to help others training at Discovery Martial Arts as they discover what the art has to offer them. 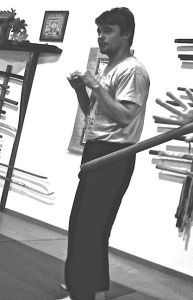 Noah holds his third degree black belt in ninjutsu and began his training in 2009. He is a fitness enthusiast who can always be seen working with immense drive. He currently instructs many of our core self defense classes, and is an engaging and friendly personality who works terrifically with anyone who is looking to begin their journey in martial arts. 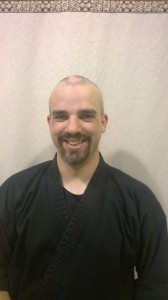 Shane is a little Ninja and youth instructor at Discovery Martial Arts and has been training in martial arts since 1998. He currently holds a Black belt in Ninjutsu and also has a competition background in Muay Thai and MMA. He draws frequently from his background to make his classes a truly unique and engaging experience for his students.

Shane specializes in creative movement drills for his students, and makes sure that our Little Ninja students develop their coordination while also fostering an environment of respect.

Ivanaa began training in 2002 at the age of six and moved through the Little Ninja and youth classes, then entered the kyu-level adult classes, all of which she now teaches. In 2012 she was promoted to first degree black belt in To-Shin Do, then in Ninjutsu in early 2013 and third degree in 2019. Starting as a child, she has literally grown up with the art, giving her a unique perspective that allows her to work well with students of all ages and backgrounds. She has taught for over five years, including self-defense seminars the school has hosted for the public.