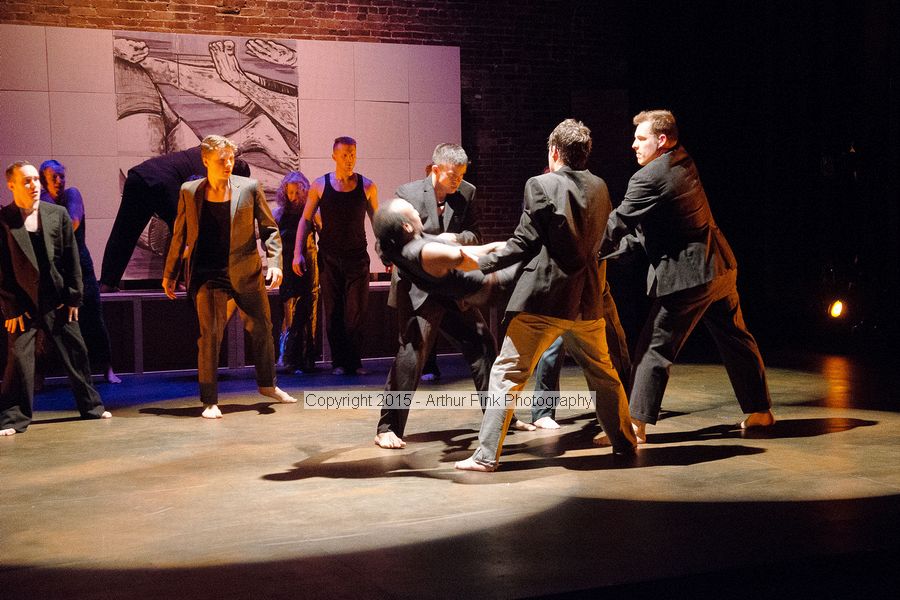 *Authors Note: All photos are credited to and used by permission of Arthur Fink, taken from rehearsals and productions  of “CARNE” created and owned by Esduardo Mariscal.*

One of the most positive and rewarding experiences for a martial artist is to get a chance to contribute to the performing arts. We were lucky to receive an invite in December of 2014 from Esduardo Mariscal, a professional contemporary dance instructor, choreographer, and director. He contacted us seeking martial arts talent for an ambitious presentation dubbed “CARNE”  which we just completed production on this weekend. In order to meet this new opportunity, Steve, Noah, and myself really had to dedicate time and focus into learning a whole new set of movements and skills. While I cannot speak for Steve and Noah, I would like to take some time to tell the story of how CARNE helped me grow as an artist.

The thing that made this very interesting for us is that we are not dancers. We are lucky to have a dynamic group of students with multiple talents and skills that we were able to bring to this showing. I know I was excited to have the chance to show people the beauty and power of martial arts in a production like this. In order to do so, there was going to be a lot of work! 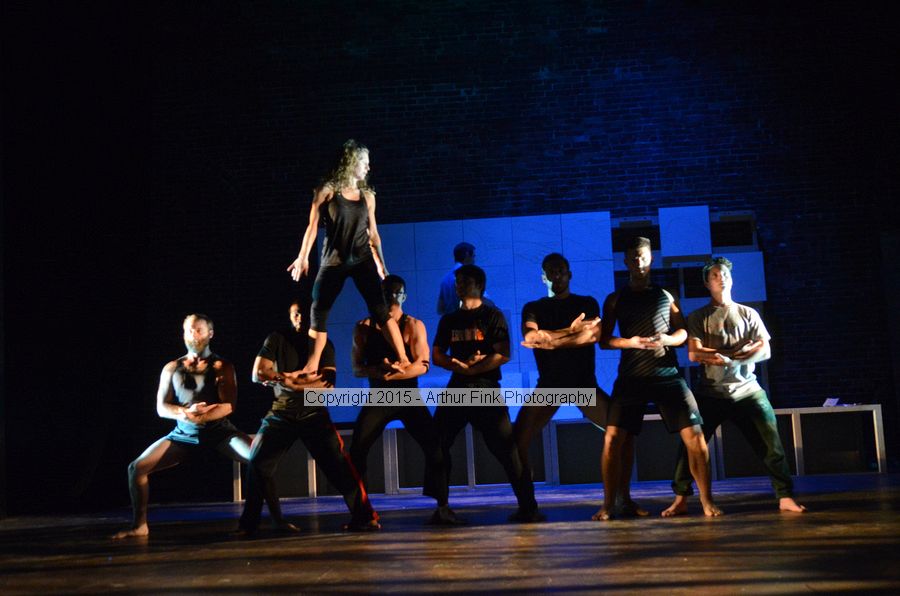 Pictured: Work. Photo by Arthur Fink, from rehearsal of Carne by Esduardo Mariscal

Since January, we began meeting with Esduardo at the school for training, choreography development, and rehearsal. We started with experiment; what began as simple martial choreography grew into something more as we had the opportunity to train with other skilled athletes and performers from throughout Maine. I remember spending time learning how to build human pyramids and perform complicated lifts and partner throws. I especially enjoyed getting the chance to begin to put weapons such as han-bo (3 foot staff), swords, and spears into a series of energetic dance sequences that emphasized beauty and grace while holding true to martial spirit.

As we continued to develop our pieces, we had a great opporunity early on in the year to present ourselves for the first time during a collaboration in Oxford coordeinated by Debi Irons from ArtMoves. We had several minutes of prepared material to bring to bear, and for Steve and myself it was our first time onstage in a dance performance. We both had some of pre-show jitters as we drove through the evening snow to Oxford. Our first performance was a blast! It was fascinating sitting in the wings offstage watching the performers and dancers before us display a lot of skill… I can think of one dance by the talented Tegan Bullard that left us wondering how we could follow up after that kind of performance! I am pleased to say that the performance went very well, outside of one minor slip up where I kind of slapped the stage with a giant 5 foot wooden sword during an improvisational section… I still hear about that…

I took away a great lesson from that night: Despite my error, we still received many compliments on the beauty and uniqueness of the performance. What to me was an embarrassing flaw turned into a point of humor and seemed to be endearing. I didn’t reach the “perfection” I was looking for, and those who watched it respected the effort and skill that was put into the piece. The old saying goes “it’s not about the destination, but the journey.” I may have fallen short of my personal expectation, but I was reminded of the need to get out and try nonetheless. Below are some excerpts from the performance, entitled ‘Mister E” that were shot at the Channel 5 station:

Nothing feels cooler than sword fighting in a suit.

We continued developing our part of the program in the coming months. While we spent much time rehearsing and strengthening what we had, we also had the chance to explore very foreign skills; I distinctly recall working with the very talented Kerry Kaye on new movement skills with staffs. When we were asked to each develop our own sword choreographies, I got to see a non-martial artist come up with a very intriguing way of moving with the sword; we’re very used to studying the sword from a functional, traditional combat oriented and his interpretation was original, unorthodox, and extremely presentable onstage. 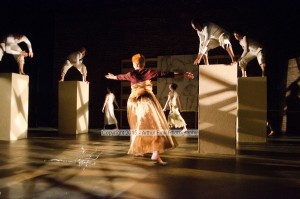 One of the things that became very interesting about CARNE was the use of props in this show. I walked into practice one night to see the performers working around a 5.5′ tall wooden box. It was a really great chance to see what kind of movements could be realized using this tool. I’d like to think that together we developed a visually impressive piece using these, as pictured to the left. I will say it’s a bit nerve racking to be standing nearly 6 feet in the air on a thin box with stage lights shining at you, especially when the corners of the box begin to rock back and forth…

A strategy that breathed some life into this show was that many of the performance groups were trained apart from each other. We did not have the the option to see what the other performers were putting together. Each time it was like a show even for us! As we came closer to showtime, both Noah and Steve were able develop a showcase of their other talents. I was very impressed with how they both looked!

Steve, hanging by a thread! 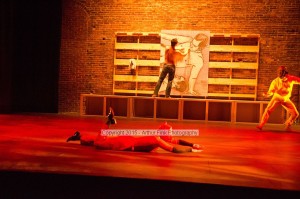 Noah, in a dynamic fencing performance.

All of this work led us to the final week of performance. Many evening hours were spent at Portland stage rehearsing the show as we figured out lighting, stagework, outfitting, and more. As we wrapped up our final rehearsal 30 minutes before show time, I felt the same pangs of anticipation I remember feeling waiting to step into the cage years ago. There was a high level of anticipation among the cast, and we three were no different! I remember an observation Steve made backstage during our first intermission. “I was really nervous at first,” he said “but when that curtain rose, it was exciting… I knew they [the audience] was here to see me!” I too experienced the same thrill of performance, and it was easy to lose myself in the show. When you’re under the lights like that, you can’t really see the audience… there really is only the show, and to feel it like that was exhilarating and very much like fighting; everything else seemed to fade out around me as I performed. 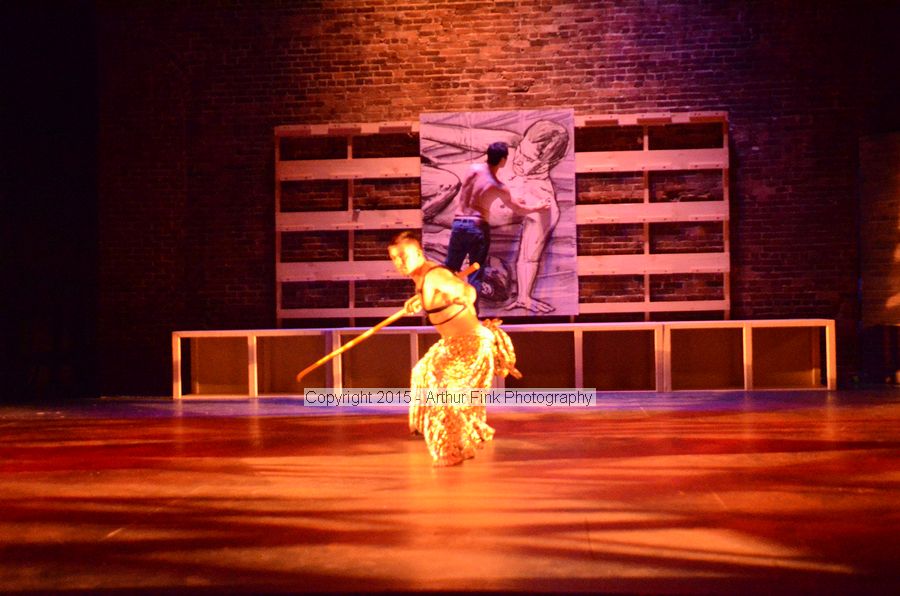 Turns out I took “cutting a rug” a bit literally.

We had a lot of friends and family come out to the show over the three day run. Many thanks from Steve, Noah and I for your support and time! It seemed everyone who came out got the chance to be entertained, thrilled, and even curious! Every interpretation of the show was different, and it was an enjoyable experience for the audience and cast alike.

I’d like to end this article with a hearty thank you to Noah, Steve, and the many other performers in this show for their time, sweat, and dedication. It took real discipline to create this performance. A special thank you to Arthur Fink who’s photos make this article much more exciting! Finally, I’d like to thank Esduardo again for providing us this opportunity and for his patient coaching. Please take a moment to visit his website www.esduradomariscal.com. If you attended and enjoyed the performance, make sure you are following his events! 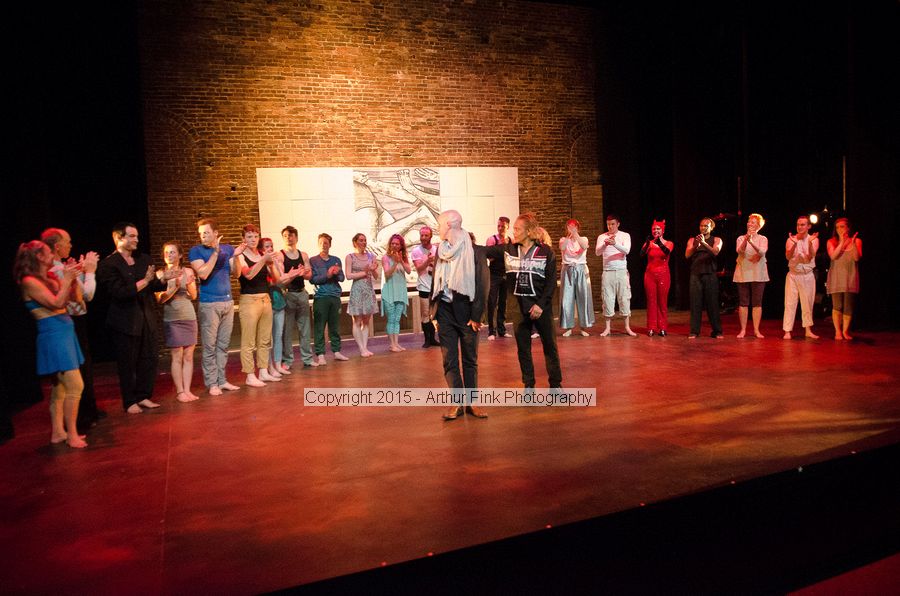 Our Buyukai 2015 Photo Gallery is up!