In the faraway era of 1992, I was in first grade. Like many young boys at the time, I ate and breathed Saturday morning cartoons: Transformers, He-Man, and of course, the Teenage Mutant Ninja Turtles. If Michael Bay is doing a reboot of it, chances are I probably loved it as a kid.

Of course, the love of our “action icons” drove my friends and I to *ahem* reckless behavior at times. I do remember getting in trouble at school for drop kicking one of my friend’s off of a picnic table while playing “WWF.” Maybe those of you who have kids have had to deal with an overzealous “Ninja Turtle” putting a bit too much zeal into their battle against their “Foot Clan” friends. 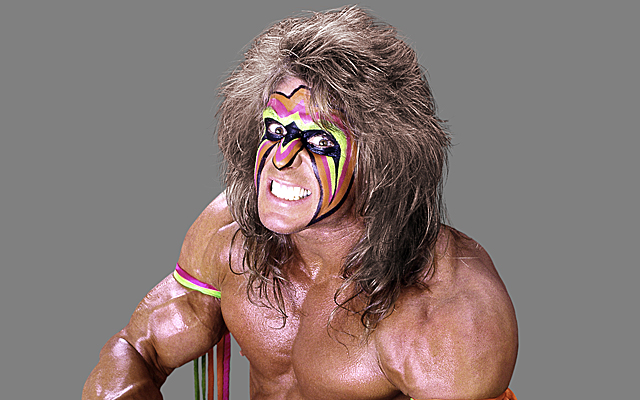 Pictured above: My first grade photo, according to me at the time.

This kind of play is a natural part of childhood, especially among young boys. The nice part is that most of the time boys aren’t being “truly aggressive.” Quoting from the above article: “‘All boys have normal aggressive impulses which they learn to control, only a small percentage are overly aggressive and have chronic difficulty controlling those impulses,’ says Michael Thompson, Ph.D.” I refer to this behavioral phenomenon as “Ninja Turtle Syndrome.” I have seen many young students, boys and girls, who come into class with a lot of energy and sometimes a rather intense proclivity for all things “martial.”

The difficulty in raising a child with Ninja Turtle Syndrome is that it is typically accompanied by rather boundless energy and a lack of awareness and control. During one game of Ninja Turtles, I recall being hit in the head with a “ninja star” (it was a rock) during recess and it only missed my eye by a centimeter or so. While it wasn’t a case of ill intentions on the part of the thrower (or was it, Michelle?!), it certainly showed what happens when young kids want to play hard and aren’t considering how their play may harm others. 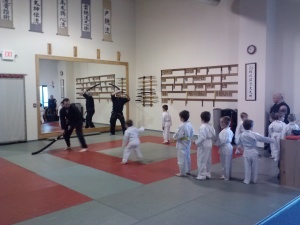 I am a huge proponent of martial arts training for kids with Ninja Turtle Syndrome. We have encountered parents who are nervous about martial arts training for their kids, thinking it may encourage this kind of behavior further. Our experience as instructors has spoken otherwise. Especially with young children, like in our Little Ninja class, we don’t focus as much on the “martial” side of training. While young kids get the opportunity to learn some basic strikes and self defense techniques, martial arts training presents an opportunity to teach and reinforce important  behavioral and social lessons. We’ve seen many rambunctious young boys and girls really improve their ability to focus and interact with one another during class. We will see timid, young kids (4 and 5) develop their confidence to the point where they will be able to converse with new people they meet without shyness. Accompanying this personal growth will be improved physical ability. I enjoy watching our youth instructor Shane Kelly put forward obstacle courses that help kids practice balance, reaction time, and general body control.

We do not need to fear Ninja Turtle Syndrome. Rather, we can take advantage of these natural impulses to motivate and direct our children’s growth. The most common response I receive from parents when I ask them why they enroll their children is they want to see behavioral improvement. Through martial arts, they get a chance to learn from mentors and role models, have the chance to feel what goal setting and achievement feels like (through belt rankings), and they get to practice student/classroom etiquette in an engaging way.

Seeing the excitement our young students display when they get to feel like a ninja is very rewarding as an instructor. Speaking as a parent, watching my nearly 4 year old daughter come off of the mat just pumped from earning a new stripe on her belt is fulfilling and reminds me that I am helping her get onto the right track early.

Childhood is short, and our kids aren’t Ninja Turtles for long. Whether your child is a Batman, Powerpuff Girl, or the Incredible Hulk, you may find that training is a great way to help your child grow into a more positive person and student. Perhaps with the right guidance, we can help our Ninja Turtles grow up into Splinters one day. 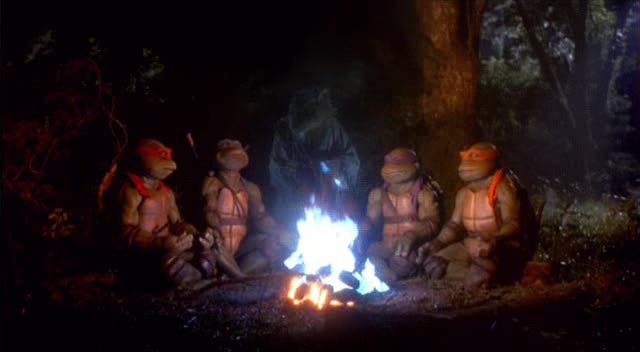